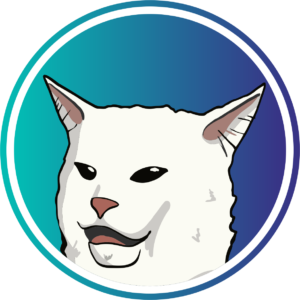 Kitty Meme Coin is the open-source fully studied Digital Currency that is easily sent via the internet. This is created as a light-hearted alternative to old Cryptocurrencies like Bitcoin and Dogecoin etc. It is launched into developing a collective token based on the Cat memes with a big dream of developing a huge ecosystem for the investors who like Kitty. It is also known as the first of its own kind of trending new cryptocurrency token in the whole world and definitely now it is here to Meow all the dogs away.

Kitty Meme Coin is one of the engaging projects which are affordable and also lovable for everyone. To being as the part of Binance blockchain the kitty meme coin will be cost-effective in the terms of gas fees, and the speedy transaction is much faster than compared the Ethereum blockchain.

Kitty is going to blast the market, to leave all the meme coins behind, and it will become one of the strong meme coin investments in 2022. That can be possible because of its good performance capability also its exciting features. Moreover, this strong performance and the creative Kitty Meme Coin are going to very soon the all major levels of success of all the major meme coins like DOGE and Shiba Token. The creators have said already that Kitty Meme Coin is not just a token, but in a future reality, it will be the biggest revolution in itself in the market of cryptocurrency.

A helping Hand -The total transaction tax fee is levied as 8% out of which 50% will be used to support charities and goodwill causes.

Kitty has healing power which she uses to find sick people and will recover them from misery by using your contribution. In addition, 4% will be also used for social media and marketing purposes.

Quick and Cheap Transactions – Kitty Meme Coin leverages the speed as well as scalability of the Blockchain to bring user transactions costing less and quicker transactions.

In old times cats were worshipped as the symbol of God and they were not forgetting this. Now they are coming back to rule the crypto world as well. In the future, we are gone tie-up with different MNCs so that they can accept kitty in exchange for their services.

Therefore, we aim to encourage mainstream adoption of cryptocurrency by onboarding millions of new users into the community through the usage of Kitty Meme Coin, viral Kitty videos, Memes, and lots of humour. We leverage the scalability and speed of the blockchain to ensure that all users have a good user experience when doing transactions.

In addition, we aim to support philanthropic causes through our innovative charity application feature in which 4% of all newly created Kitty Meme Coins are donated to help unprivileged humans suffering from illness and poverty.

How to buy Kitty meme coins

Kitty Meme Coin
Now you use your BNB/USDT to purchase Kitty from Pancakeswap.